The job of politicians is to provide good and effective government. With all the emphasis on getting elected, that simple aim can be forgotten. Whoever becomes the next premier of Alberta needs to modernize the province’s public service to make sure the bureaucracy can deliver good government for citizens in these wonky times. 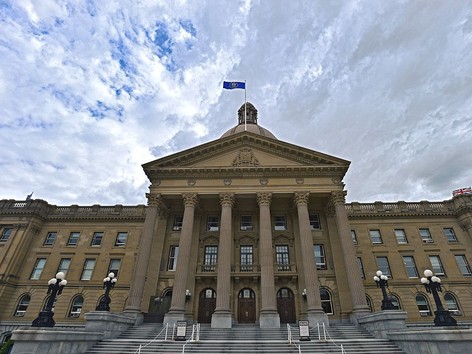 People who feel the weight of responsibility to govern do care, and they have constructive ideas on how to reboot our province’s bureaucracy. How do I know? Responses from readers to an opinion piece I wrote earlier this summer — recommending ways to fire up Alberta’s public service — were surprisingly pointed.

In the 1980s, Henry Mintzberg convinced the Klein government that a manager’s job was to manage — whether it was producing widgets, Boeing aircraft parts, or keeping a government bureaucracy running smoothly. In Alberta’s public service, that meant deputy ministers and their assistants were moved around willy-nilly, with little attention paid to their technical or professional qualifications beyond their ability to manage. Within departments, institutional memories and organizational cultures were lost and decision-making was less informed.

Shockingly, the Klein-era orthodoxy that “managers manage” continues to be the operating system in the Alberta public service.

This situation becomes even more fraught when elected officials defer to the public service to make policy. Politicians are supposed to make policy and bureaucrats are supposed to implement policy. But, trust me, that’s not what I witnessed in my career, including my stint in the Alberta legislature. Soothing is the voice of the long-toothed, pension-vested, senior bureaucrat suggesting to the elected official: “Don’t worry about this file, the department will take care of it.”

Among the thousands of department staff crowding downtown Edmonton, none are elected. For this reason, their ability to implement major policies without political (i.e. democratic) oversight, should be a huge concern. When asked to implement policies or programs with which they may personally disagree, it is easy to rationalize inaction. As well, bureaucrats advance substantial policy with minimal oversight under the guise of “this is purely technical.”

Alberta’s failure to modernize organizational structures within the public sector has built up layers upon layers of filters and a “stay-in-your-own-lane” culture. Advice written for the minister by a policy analyst is often “scrubbed” by a manager, director, executive director, assistant deputy minister, deputy minister’s staff, and then finally by the deputy minister her/himself before landing on the desk of the relevant minister. This process is inefficient and unlike any corporate setting where subject matter expertise is required to be largely unfiltered.

Whoever becomes Alberta’s next premier cannot assume the province will effortlessly attract entrepreneurial bureaucrats. While the province was under the spell of Social Credit, the culture of bureaucracy was generally one of slow-and-steady-wins-the-race. Even after the Leduc oil discovery in 1947, the Social Credit government was pretty slow to move this new oil industry along. It wasn’t until Peter Lougheed blew into leadership in 1971, and with petroleum wealth and the mantra of diversification of the economy, the bureaucracy became attractive. As people told me years ago, “you could do new stuff we could not afford to risk in the private sector.” Under successive Progressive Conservative governments, the model of entrepreneurial-minded bureaucracy that Lougheed and his cohort deliberately designed to attract top talent faded.

Today’s young and enterprising professional considering a public service career faces a Faustian bargain. Does she accept working for an organization where the slowness of reform is considered a virtue and technical focus is viewed as an impairment to career growth in exchange for a virtually guaranteed job and “golden-handcuff” pension? In an unstable economy, many will take this bargain, but an ambitious government needs to deliberately modernize.

It’s time to get back to basics. Good governance may be boring but it’s what Albertans crave in wonky times like we’re in.