Dining with ... Michele Romanow: The fintech founder and Dragon on what’s next

DECEMBER 11 / Donna Kennedy-Glans
HomeBlogsPostsDining with ... Michele Romanow: The fintech founder and Dragon on what’s next

Clear Finance Technology Corp.’s offices have glass walls, wood-panelled floors and streaming natural light that combine to induce a Zen-like state. The noisy commerce of Toronto’s downtown falls away when the elevator opens on the 12th floor of the modern office tower where Clearco’s offices are perched. The Hockey Hall of Fame across the street belongs to a different world. The faint gurgling of a fountain in the building foyer, far below, is the only sound. 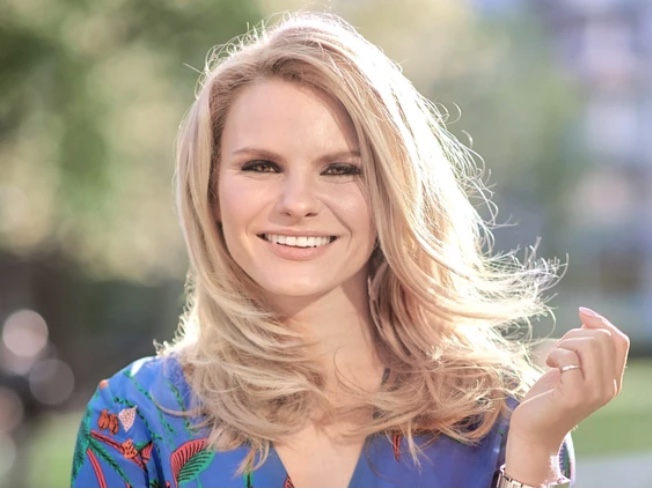 I tread lightly across a catwalk to an unmarked door — there are no signs — and, as directed, call Augusta, Clearco’s chief of staff and Strategic Initiatives lead, who unlocks the door and directs me to an office where two chairs sit astride a narrow desk. A flourish of green palm leaves on one wall is the room’s single distinguishing feature.

The only other people I see in these vast offices are two men, both in jeans, bearing laptops. They pad by without making eye contact. Michele Romanow bursts into the small meeting room, flashes her megawatt smile and gives me an enthusiastic hug. Two decades ago, I worked alongside her father, Marvin Romanow, at Nexen Inc., an energy company in Calgary that was sold to Chinese buyers in 2012 for $15 billion. He had looked at every possible financial re-engineering to hold onto the assets, but was pushed out as CEO of Nexen before the sale.

This is the first time I’ve met his daughter, the 37-year-old business mogul on Dragons’ Den who figured out ways to raise bucketloads of cash on Zoom during the COVID-19 pandemic, vaulting Clearco, the financial technology company she co-founded, into the realm of unicorn status. It’s putting to bed the notion that you have to be in the same room with potential investors to raise capital.

Nevertheless, conventional bankers and venture capital funders whisper of Clearco’s demise, even by year-end. Romanow is swimming against tidal waves of unpredictability and she knows it. A year ago, the tech sector was in a growth-at-all-costs mode, and now everyone, including her own company, must focus on profitability. She’s tossed aside five-year, two-year and even six-month business plans. Clearco has done a 180-degree turn on international investments, laid off personnel, and adjusted profitability formulas to reflect changes in input costs, interest rates and risk.

The numbers are sobering and Romanow’s instinct in a volatile environment is to take less risk. No entrepreneur dreams of taking the blocks that were so hard to put together and knocking them down. It’s super scary and feels terrible, she says.
What parts of business as usual can she rely on right now? The founders she funds. They want to build business in good times and in bad times. “Founders. That’s who I was put on Earth to defend,” Romanow says with not a hint of hubris while thrusting a fork into her spinach and lentil salad. There’s a fierceness to her spirit.

Clearco built an algorithm, a unique formula built on artificial intelligence, to get capital to entrepreneurs who have trouble accessing traditional banking and venture-capital funds, and to do that in the most egalitarian way possible. It doesn’t meet founders, doesn’t care where (or whether) they went to school and doesn’t review pitch decks.

In a woke world caught up in the spin of environmental, social and corporate governance, it’s surprising how Romanow has built a meritocracy for founders. No targets or quotas for female or BIPOC investors were set, but two years in, Clearco realized that from their portfolio of 10,000 companies, 50 percent of their founders were female, one-third BIPOC and one-quarter didn’t have a post-secondary education.

In her jean jacket, tight-fitting tank top, belt buckle and trendy finger jewelry, it’s easy to see how Romanow would fit in anywhere in Silicon Valley, a place where magic mushrooms and other crazy new ideas aren’t crazy. Instead, she’s chosen to root her business in downtown Toronto. She talks of hypnosis and visualization when asked about how she stimulates creativity.

It’s been 20 years since Romanow lived on the Prairies, but she hasn’t given up on Alberta’s enduring entrepreneurial spirit even though she’s unlikely to relocate Clearco’s corporate headquarters. Why not Alberta? It’s an audacious idea, Romanow says with a chuckle, but you have to keep shooting pucks at the net. FPM