Dishing with DKG: The downtowners who are done with downtown

JANUARY 1 / Donna Kennedy-Glans
HomeBlogsPostsDishing with DKG: The downtowners who are done with downtown

This is a new conversation series by Donna Kennedy-Glans, a writer and former Alberta cabinet minister, featuring newsmakers and intriguing personalities. This week: entrepreneurs Simon Jackson and Jill Cooper. 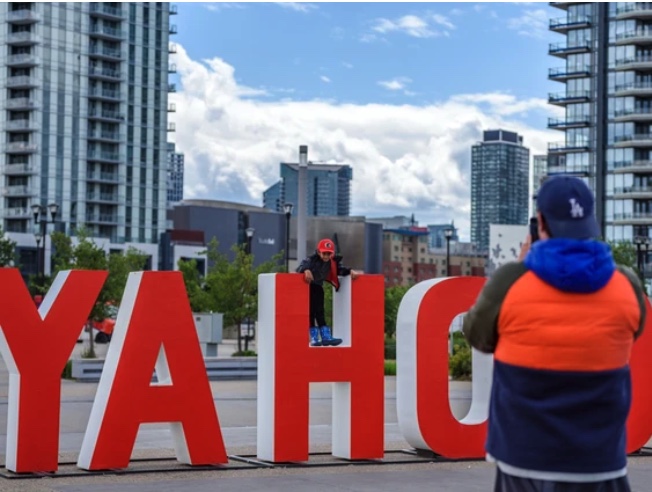 People interact with a YAHOO sign that was installed in Calgary's East Village area ahead of the 2022 Stampede, June 24, 2022.
PHOTO BY AZIN GHAFFARI/POSTMEDIA/FILE

They prefer to live downtown.

But after five years of trying to make a home in Calgary’s urban core, Simon Jackson and Jill Cooper — two 40-year-old entrepreneurs — have decamped to the suburbs where they stare out their apartment window at a strip mall.

These young people have lived inner-city for decades, in Vancouver and Toronto, far more intimidating places, but downtown Calgary wasn’t for them.

Which makes me wonder: What’s really going on behind the gleaming buildings that rise up to shape the spectacular skyline of my hometown, Calgary? Thirty per cent of the buildings are vacant.

There’s no end to the boosterism: brash promises, including the ones plastered on billboards and bus benches in Vancouver and Toronto, inviting young people to come and live in affordable Alberta.

But all the hype in the world won’t retain the people needed to rebuild Calgary’s downtown core and make it viable as a vibrant community as long as there are derelict buildings, drug-addled homeless, the criminal element enforcing its jurisdiction and no end of incoherent policy that means neither renters nor landlords can protect themselves against drug dealers.

It may be cheap to live in downtown Calgary, but it’s hardly cheerful.

To find out what’s really going on, I invite Simon and Jill for lunch. We decide to meet at one of their former haunts, Connie and John’s, a pizza joint in the refurbished Simmons Building in East Village.

Do I need to make a reservation? No, says Simon, it’s usually dead during the day. 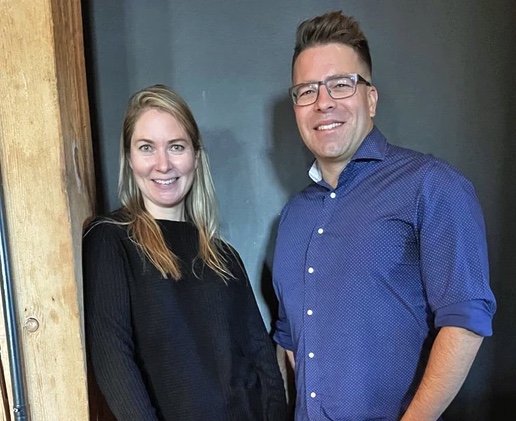 Entrepreneurs Jill Cooper and Simon Jackson have moved to Calgary’s suburbs after having given up living in the affordable but troubled inner-city.
PHOTO BY HANDOUT

That’s a good segue to our conversation: Why is a good restaurant in downtown Calgary dead in the middle of the day? Because four apartment buildings, poorly built, don’t make a neighbourhood, Simon quips.

This pizza place has a great reputation and I’m excited to try it. Simon, an authority on pizza, recommends a deep-dish, Detroit-style pepperoni pizza and a thin-crust Margherita, both large.

We order, and hike up to a loft-style seating area in this former mattress factory warehouse repurposed in 2015 as a “food mecca.” The place is nearly empty.

Given the nature of their work — Jill and Simon are co-creators of Nature Labs, a virtual high school textbook — they could live anywhere in Canada. “Why Calgary?” I ask as we wiggle into narrow metal chairs.

In 2016, when thousands of businesses were shuttering their doors and several corporate head offices moving out of downtown Calgary, why did this couple choose to relocate from Toronto to a one-bedroom apartment in East Village in Calgary’s core?

Of course. It was a financially prudent decision. Compared to urban living options in other cities, Calgary is affordable.

But cheaper rent isn’t the only attraction: “Calgary is vibrant and diverse;” “We want to live in a modern, clean, tech-savvy community of young people, like ourselves.” And, of course, there’s the allure of those Rocky Mountains, only an hour’s drive away.

The pizzas arrive, piping hot, and we dive in.

What about East Village? This new community trumpets itself as a “future-facing hub of optimism, ideas and energy.” Is the bumf true?

The city is trying, really hard, they assure me, but it sometimes has the feel of “manufactured culture.”

“There are food truck nights and DJs,” Jill reports, “though few people know about them.” And there’s the Hygge Hut, a fire pit area that locals can snuggle into, to warm up, in the winter. “I was one of the few who used to go down and sit there in the hut, with the homeless,” Simon adds, wistfully.

Both go on to describe a sense of unease; there are too few people living in the city core to make it feel safe. “There’s a crackling tension on the streets,” Simon explains.

And there’s their run of bad luck: drug dealers in the adjacent apartment; a malfunctioning oven that catches fire; a neighbour’s washing machine flooding their apartment.

They tried a few other locations in the city core but to no avail. This spring, they gave up and moved to the suburbs.

What would it take to entice this couple back downtown?

All they want is an authentic invitation from city council to have a voice in shaping the downtown’s future. Which presupposes an admission that there’s still work to be done.

While city council tolerates homeless encampments and street crime, what about the folks who took a chance and started a business in the downtown? They need incentives to stay and a hand in rebuilding.

Spare them the manufactured culture trying to pass itself off as progress.