Canadian Gas Can Help Germany, Whoever Buys It

Any bump in global LNG supply — including by Canada — will help respond to Europe’s energy crisis. 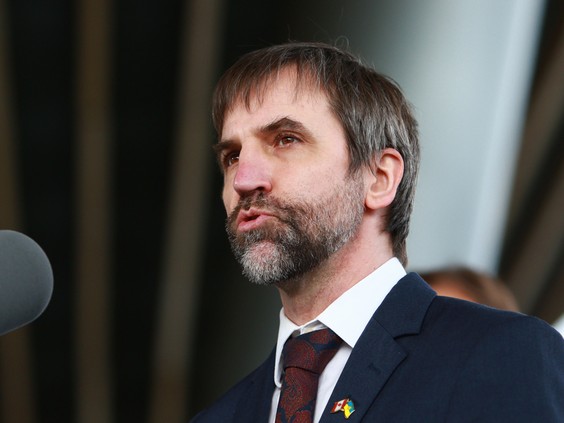 Minister of Environment Steven Guilbeault speaks during a press conference outside the GLOBE Forum at the Convention Centre in Vancouver.
PHOTO BY THE CANADIAN PRESS/CHAD HIPOLITO FILES

Justin Trudeau faces a conundrum. He’s assured his activist-cum-minister, Steven Guilbeault, that Canada’s commitment to the climate is unwavering. At the same time, he wants to be seen as a G7 team player supportive of Ukraine, promising German Chancellor Olaf Scholz that Canada will deliver energy to Europe. So is he serious about this promise to deliver natural gas to Germany or is it all just posturing and photo-ops?

In my early days in the oil patch, natural gas was so poorly thought of that more often than not it was “flared” (i.e. burned off) when it was discovered. It’s only in the last few decades that liquefaction technology has allowed gas to be shipped by sea in massive LNG (liquefied natural gas) carriers. That’s what Scholz wants: for Canada to build LNG export terminals that can reliably ship natural gas from this country to Germany. A recent declaration by the EU parliament declaring natural gas as “green” for investment purposes bolsters his pitch.

It’s definitely a head-spinner. Under Angela Merkel, Germany became the flag-bearer for green energy, especially after the Fukushima nuclear disaster in Japan in 2011. Germans turned their backs on nuclear energy and invested big in renewables. What remained hidden — until Putin threatened to turn off the hydrocarbon taps — was how contingent this green energy plan was on Germany’s continued access to Russian oil and natural gas. That fossil fuels are hard to replace is an undeniable but these days politically inconvenient truth about the logistics of energy transition. Were we all duped by Merkel or just not paying attention?

In a world where natural gas projects are now seen as investments in green energy, the challenge for Canada is figuring out where and how to invest in the required infrastructure. At the moment, only one major LNG export facility is under construction in Canada, and it’s on the West Coast, in Kitimat, B.C. A smaller facility, the Woodfibre LNG project, is close to getting a green light but it’s in Squamish, B.C.

Environment and Climate Change Minister Guilbeault hasn’t been shy about dampening lofty pipe (or pipeline) dreams. He has told Reuters that Canada’s East Coast has only enough natural gas supply to accommodate one new LNG export facility, while the idea of constructing new gas pipelines in Canada isn’t “very realistic.” Quebec, which is awash in hydroelectricity power, still wields the political power to thwart any grand vision of natural gas flowing from western Canada to feed LNG export facilities on the East Coast. It has even imposed a moratorium on oil and gas exploration and production in the province.

Chancellor Scholz and others are no doubt aware of this resistance to new hydrocarbon infrastructure though that doesn’t stop them from continuing to appeal to Trudeau. Perhaps it’s simply inconceivable to EU leaders — as it is to many Canadians — that a country with such vast energy resources can’t somehow play a constructive role in easing their current energy desperation. Seeing how Maine has kiboshed the right-of-way for Hydro-Quebec to ship immaculately renewable hydropower to Boston might help European leaders better understand the barriers to “energy security” in North America.

Rather than obsessing over an eastern export terminal, a better way to diagnose the problem is to recognize there’s a global shortage of LNG. Prices in Europe and Asia tripled from the $10 per MMBtu range last summer to the $30 per MMBtu range this summer. Europe may be busy building LNG import capacity but at the moment there simply isn’t enough LNG supply globally to meet these increased demands and also supply Japan, Korea and China. Large new supplies from the U.S. and Qatar are years away.

In a global market, however, any supply helps. If gas can’t be moved through eastern Canada, additional LNG export facilities can be built on Canada’s West Coast to boost exports to Asian markets and free up LNG currently imported by those countries from jurisdictions closer to Europe. Another option is to ramp up shipments of western Canadian natural gas to LNG export facilities in the Gulf of Mexico, thus helping bolster American shipments to Europe via the Panama Canal.

In a global market, any bump in global LNG supply — including by Canada — will help respond to Europe’s energy crisis.