JUNE 28 / Donna Kennedy-Glans
HomeBlogsPostsOpinion: We Need the Oilsands: But Not Just the Oilsands 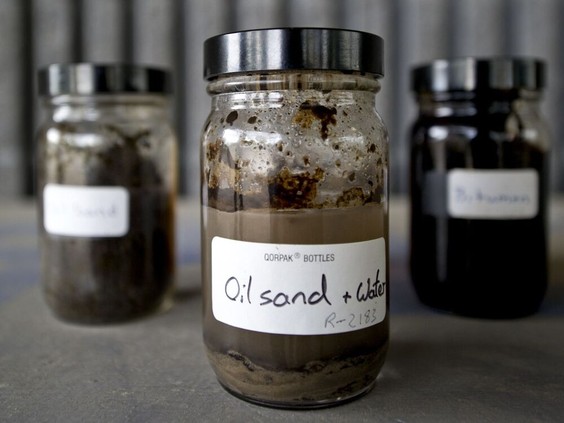 When I worked in the Canadian oilpatch, it was a rough-and-tumble place guided by explorers and engineers who worked hard to sustain a healthy mix of producing assets and exploratory risk-taking. Today, industry consensus among Canada’s larger oil players seems to be heading in a different direction. Suncor Energy Inc. and Cenovus Energy Inc. recently announced plans to forego higher-risk exploration opportunities and concentrate their efforts in the oilsands. This bulking up on producing oilsands assets and shedding exploration opportunities to foreign investors makes dollars and sense in the short term. But these energy leaders risk becoming one-trick ponies, while a lack of diversification in the oil sector may not serve Canadians’ longer-term interests.

In April, Suncor Energy announced it was divesting its wind and solar projects and assets in Norway and the United Kingdom to focus on its crown jewels, the oilsands. More recently, Cenovus Energy reached an agreement with BP Plc to buy out BP’s 50 percent interest in the Sunrise oilsands project in exchange for cash and Cenovus’s 35 percent position in the undeveloped Bay du Nord project off Newfoundland and Labrador. This deal gives Cenovus full ownership of Sunrise, while Canada’s most significant hydrocarbon exploration play, Bay du Nord, is now owned by foreign investors.

The Bay du Nord offshore project will require huge injections of cash to build, and the Atlantic Ocean is not a tame place to operate. Shareholders of BP and Equinor (the Norwegian company that operates the project) aren’t likely to see returns for a decade. For Cenovus’s investors, meanwhile, a higher-risk, longer-term investment couldn’t compete with the immediate opportunity to build on a proven oilsands base at a good price. If the game plan is to pay off debt, repurchase shares and increase dividends for remaining shareholders, it’s smart to hunker down and focus on ways to squeeze maximum profits from the oilsands.

Investors in oilsands projects are clearly attracted to the assets’ long-term production trajectories. On the other hand, they recognize that bitumen producers are constrained in their ability to grow the assets through the drill bit because governments have imposed an overall GHG cap. Alberta’s Oil Sands Emissions Limit Act establishes an annual emissions limit (100 megatonnes) for cumulative GHG emissions from all oilsands sites in the province. In addition, federal politicians are thrashing out a plan to impose caps on emissions from oil and gas production in Canada as part of Ottawa’s ambitious 2030 Emissions Reduction Plan.

Oilsands producers have to be prepared to invest big in carbon-reducing infrastructure so as to meet the federal government’s climate goals and comply with voluntary ESG pledges. Both the uncertainty surrounding legislated GHG caps and the anticipated cost of carbon-reduction technology have helped persuade non-Canadian investors to sell off their oilsands stakes, most often to Canadian operators. In the past few years, Shell, Equinor and Devon Energy have exited, and ConocoPhillips sold off significant portions of its holdings. Industry insiders say they won’t be surprised to see other non-local players — companies like TotalEnergies, Chevron and CNOOC — off-load their oilsands assets, too.

It’s fair to ask: is it a bad thing for Canadians to have a concentration of Canadian operators coming together to figure out more effective ways to produce the oilsands, leaving higher-risk exploring for new oil reserves to foreign investors? Perhaps not, as long as the oil that’s needed still gets discovered and governments receive their royalty cheques. In fact, if hydrocarbons are being fast-tracked for extinction in Canada, why should we even care about future oil potential? We won’t need to find any new oil reserves if we’re not going to develop them.

In a perfect world, such questions would be reasonable. But as the war in Ukraine has laid bare, companies and countries can pay a high price if they are not prepared for disruptions in their best-laid plans. Canadian energy companies have built up decades of credible expertise in oil exploration and production, and we don’t know for certain what talents will be required in future to assure our own energy security or that of other nations. The oil business in Canada may well be in liquidation mode but if the timeline for transition to cleaner energy is disrupted, whether by game-changing technology or by geopolitical necessity, trading an opportunity to sustain a diversified mix of assets and skills in exchange for short-term efficiencies could end up being short-sighted.

Editor’s note: ConocoPhillips retains some presence in the oilsands. An earlier version of this story misstated that the company had fully exited.