Ukraine Could Use an Elon Musk in Ottawa 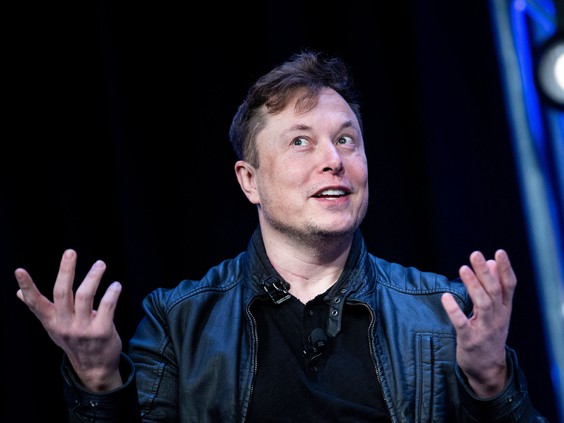 Chest-thumping about sanctions and “standing with” Ukraine may feel good but Russian rockets and tanks won’t be defeated by words. Ukraine’s allies, Canada included, need to actually deliver the military hardware they have promised and build new energy infrastructure.

In short order, the war in Ukraine forced German Chancellor Olaf Scholz’s coalition government to pivot away from long-standing energy and defence policies. The world is impressed: Scholz has rallied Germans with his promises to beef up military budgets and build liquefied natural gas (LNG) facilities in the North Sea. Now that new directions have been set for them, what Germans are discovering is relevant for Canadians, too: the real challenge is turning words into deeds.

With Europe’s biggest and the world’s fourth-largest economy, Germany certainly has the financial wherewithal to both boost its defence budget to the two percent of GDP threshold prescribed by NATO and also at the same time invest in new energy and climate plan. The most limiting factor? The ability of Germany’s public administration to actually spend the money on military hardware and implement the energy plan.

Sound familiar? Our own federal budget earmarked $500 million for additional military aid to Ukraine. How long do you suppose it will be before that money actually gets arms to Ukraine?

So far in the war, Canada has delivered M72 rocket launchers from our military’s inventory of spare arms. And Defence Minister Anita Anand dug deeper last week to deliver four — though only four — M777 howitzers and ammunition for them. She also promised delivery of armoured vehicles “as soon as possible.” And she is moving forward on the government’s decision to procure 88 new F-35 fighter aircraft, a fleet that will ultimately help Canada meet its commitments under NATO and NORAD — though not soon.

Good intentions are fine but protracted, hierarchical and risk-averse decision-making, long lead times for equipment procurement, and overly restrictive training requirements for Ukrainian soldiers could easily defeat even the best of intentions in this rally to defend Ukraine.

Those with experience of Germany’s public administration cite the risk of bottlenecks in bureaucratic processes within institutions built on a “Prussian” model that encourages incrementalism and discourages risk-taking. Gigafactory Berlin-Brandenburg, Tesla’s first manufacturing location in Europe, was opened with much fanfare in March. What’s revealing is that the plant was almost completely built relying on a sequence of preliminary permits. “If you build it, they will eventually be forced to approve it,” apparently was Tesla’s operating principle. Despite the theoretical chance that final approval would not be granted, Tesla CEO Elon Musk and the local government in Brandenburg pushed ahead. To reduce business risks, fast-tracking the construction of floating LNG terminals in Germany’s North Sea may likewise require some kind of guarantee until final permissions are in place.

Such stories are familiar in Canada, too, another country where federalist power-sharing structures and bureaucratic habit favours steady, incremental change. Finding money is often not the problem for western leaders. The challenge is the inability of governments to act in a time of war. Political will and skill are needed to overcome these hurdles. It’s a question of leadership.

Anyone needing a lesson in how to lead in times of duress would be hard-pressed to find a better role model than Ukraine’s President Volodymyr Zelenskyy. In the face of crushing constraints, Zelenskyy and his band of civilian warriors are using modern technology, including their country’s mobile network, to keep ahead of the Russian army and deploy agile, real-time tactics in the fog of war. Zelenskyy’s call to action both implores and empowers individual Ukrainians to fight this battle: "Don’t do what I ask because I’m president", says Zelenskyy, "do it because you are Ukrainian".

Zelenskyy understands the Russians’ playbook and so far has figured out how to beat them at their own game — though the Russians now show ominous signs of adapting. Something similar happened in Estonia when that small country was abandoned by Russia and stuck with unreliable and horribly expensive Soviet infrastructure. In response to a desperate need to communicate affordably with the outside world, two Estonian innovators dared to break the Soviet-style command-and-control leadership paradigm, didn’t ask for permission from government leaders and, through trial-and-error innovation, created “voice-over-internet protocols” (a precursor to Skype).

The question for politicians in Germany and Canada is how to fire up their public services to mobilize highly-motivated, highly-qualified, enterprising leaders. It’s not as if either country suffers from a lack of tech-savvy young leaders, comfortable working from a coffee shop’s wi-fi and keen on making a difference in public service.

Elon Musk, the architect of arguably the most enterprising businesses on (and off) the planet, has made it clear to job applicants: "If your brain is polluted with business-speak from the colleges of higher learning, do not apply". Musk is looking for ambitious talent that aims high and isn’t constrained by rigid ways of thinking. This is precisely the kind of leadership Ukraine needs from its allies.