Opinion: CNOOC-Nexen Deal Seems Like It's About to Unravel

APRIL 20 / Donna Kennedy-Glans
HomeBlogsPostsOpinion: CNOOC-Nexen Deal Seems Like It's About to Unravel 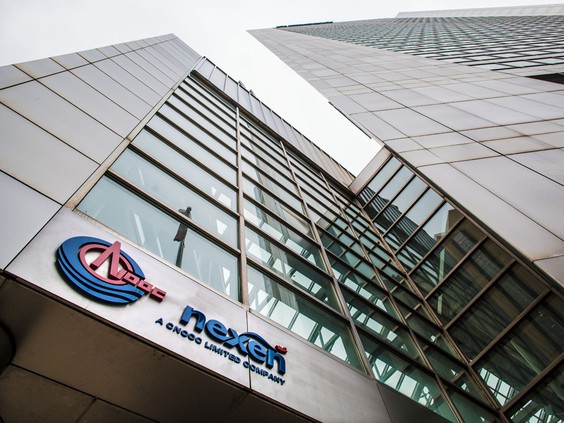 The Nexen building in Calgary. Photo by Gavin Young/Postmedia files

According to media reports, CNOOC, the China National Offshore Oil Corporation, is positioning itself to sell “marginal and hard to manage” assets in Britain, Canada and the United States, possibly including Nexen Inc. That may bring to an end the story of CNOOC’s controversial US$15.1-billion takeover of Nexen in February 2013. As a vice-president of Nexen in the company’s earlier days, and an elected politician in the Alberta Cabinet at the time of the Canadian government’s approval of the deal, I was familiar with the players and with the practical and geopolitical difficulties involved in this celebrated acquisition. The American government, in particular, bristled at the idea of North American petroleum resources falling into the hands of a rising superpower. But now, less than a decade later, CNOOC may be getting ready to sell its Nexen assets, signalling an end to what can only be regarded as a failed experiment.

CNOOC’s purchase of Nexen was China’s largest foreign takeover to date and gave the Chinese state player a platform from which to: operate alongside major Western energy companies; get to know new technologies; and build out a North American business that would help secure China’s energy future. At least, that was the plan. The marquee assets acquired by CNOOC included controlling interest in Nexen’s Long Lake oil sands project in Alberta, as well as deep-water leases in the Gulf of Mexico.

Nexen shareholders, still reeling from the loss of a lucrative oil production contract in Yemen (to a Yemeni state-owned company), were thrilled to be bought out at a 61 percent premium. CNOOC agreed to set up its North American headquarters in Calgary, Nexen’s hometown and promised to retain Nexen’s management and staff and continue with current capital investment programs. The time seemed to be right for Canada-China ventures. U.S. President Barack Obama had recently rejected the Keystone XL pipeline expansion and Canadian governments and oil producers were courting Asian markets as a destination for surging oil sands output.

When then-Prime Minister Stephen Harper approved the Nexen takeover, the federal government was careful to clarify that, going forward, sales of controlling interests in Canadian oil sands developments to foreign state-owned companies would only be allowed in exceptional circumstances. China’s investment was to be a test of concept, not a precedent to be followed blindly. Even so, getting permission to invest in Nexen was a diplomatic win for CNOOC.

But the decision irritated the U.S. government and, ultimately, the investment has proved disappointing for the Chinese, too. The Long Lake oil sands project continued to be technically challenging. CNOOC had to deal with an ugly pipeline spill and a deadly explosion on its project site. And soon after the purchase, oil market conditions weakened. In spite of legal undertakings to Canadian regulators, CNOOC laid off hundreds of employees and diverted investment dollars elsewhere.

Before its bid for Nexen, CNOOC had expressed interest in acquiring Unocal, an independent U.S. oil company. But the Americans simply weren’t interested in relinquishing operation of their petroleum resources to the Chinese and that hasn’t changed under successive U.S. administrations. Donald Trump issued an executive order requiring American investors to divest from companies designated to be part of the Chinese military-industrial complex and, ultimately, CNOOC itself was de-listed from the New York Stock Exchange.

Russia’s invasion of Ukraine has only turned up the geopolitical heat. White House accounts of a mid-March telephone call between Presidents Biden and Xi report that the U.S. president “described the implications and consequences if China provides material support to Russia as it conducts brutal attacks against Ukrainian cities and civilians.” Biden hadn’t forgotten Vladimir Putin’s handshake with Xi Jinping during the opening ceremonies of the Beijing Olympics.

There are hints in the rumours about CNOOC of Beijing’s fears that its assets could be sanctioned by Western governments. That’s not hard to believe. CNOOC’s masters may therefore have other ideas for the company, including listing on the Shanghai stock exchange and re-directing investments to projects in Guyana and the South China Sea. Ironically, because a main worry at the time of the takeover was that CNOOC would not behave like a normal commercial operator, commercial considerations may also be important. The Chinese overpaid for Nexen’s assets in 2012 and weathered a decade of operational challenges, but CNOOC could now be positioned to get its money back because the oil market is so hot.

CNOOC’s takeover of Nexen was an experiment to test everyone’s comfort level with a state-owned Chinese investor assuming operational responsibility for oil and gas projects in a Western country. It wasn’t easy for CNOOC’s management team and employees, nor for Western governments and regulators. Lessons learned strained relationships and were often expensive. The construction of oil pipelines to ramp up Canadian oil exports to Asian markets didn’t materialize. And now, geo-politics has intervened. If leaders are so inclined, CNOOC’s exit from this proof-of-concept experiment could be engineered to save face. Or its unravelling could become another thorn in some already very prickly relationships.