Even renewables companies can’t avoid the 'social' and 'governance' parts of ESG. 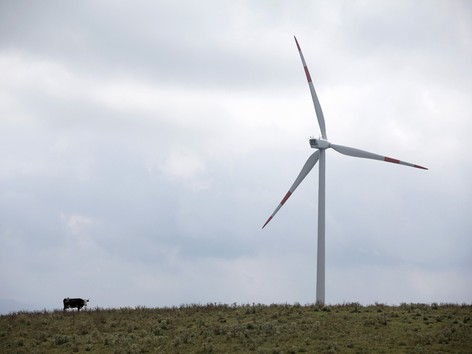 Italy’s ENEL Green Power said it is exiting Russian operations in a 'matter of months.'
BY ALESSIA PIERDOMENICO/BLOOMBERG FILES

Western oil and gas operators are exiting Russia, but what about investors in renewables? Among the largest renewables players in Alberta — EDF Renewables, a wholly-owned subsidiary of the French utility EDF Group, and Italy’s ENEL Green Power — both have business divisions in Russia. EDF is taking a wait-and-see approach to the crisis, stating that “none of the sanctions taken against or by Russia prevents the Group from its normal functioning.” ENEL’s CEO Francesco Starace announced Monday it is exiting Russian operations in a “matter of months,” noting that continuing under present circumstances is “unpalatable and impossible.”

Renewable companies have a kind of ESG “halo” by virtue of the positive association between their kind of energy — wind and solar — and climate action. But what’s unfolding in Russia reminds us that “environmental” criteria alone are not enough: even renewables companies can’t avoid the “social” and “governance” parts of ESG.

EDF and ENEL are multinationals. EDF is in fact the largest utility in the world. Both green investors have massive renewable energy projects in Alberta. EDF won an Alberta Electricity System Operator (AESO)-funded contract in Cypress County and also operates Blackspring Ridge in Vulcan County, the largest wind farm in western Canada. For its part, ENEL has invested in three wind farms along the eastern foothills of the Rockies.

Neither is a household name in Alberta, however. They employ a tiny number of people in-province and don’t operate regional offices. Even their environmental benefits accrue elsewhere: they’re sold to support emissions objectives in California. Multinational oil and gas companies wouldn’t dare set up investments in Alberta without big commitments to community building. Yet somehow these players get a pass because of deference to anything branded “green.”

The two companies do have websites that reference their work in Russia. Italy’s Enel Group owns a majority stake in Enel Russia, a power-generation company with headquarters in Moscow. In addition to several wind farms, including the largest renewable project in the Arctic Circle, Enel Russia operates thermal power plants that run on natural gas. In 2020, it collaborated with the Russian ministry of industry and trade to expand renewables development in the Republic of Tatarstan.

In April 2021, EDF, which is owned by the government of France, partnered with Russia’s Rosatom Group to develop low-carbon hydrogen projects in Russia and Europe. The partnership’s strategy is to produce hydrogen from both nuclear power and methane conversion linked to carbon capture and storage technologies.

Within days of Russia’s launch of its unprovoked war on Ukraine, major Western oil companies turned their backs on the Putin regime. BP led the way, walking away from a nearly 20 percent stake in Rosneft, which produces five percent of the world’s oil and is close to the Kremlin. BP CEO Bernard Looney didn’t blink as he announced a divestiture that would trigger a $25-billion write-down: “I am convinced that the decisions we have taken as a board are not only the right thing to do but are also in the long-term interests of BP.” Next up, Shell pulled out of both the Nord Stream 2 pipeline project and its Siberian LNG venture with Gazprom. A few days later, America’s ExxonMobil pulled up stakes as operator of the Sakhalin-1 project after a quarter-century of investment in Russia.

MORE ON THIS TOPIC

Will Albertans end up paying for foreign carbon preening?

Not everyone has walked away from Russian oil and gas investments, however. France’s TotalEnergies, a partner with Russia in Arctic LNG projects, is taking a wait-and-see approach and placing its investments “under review,” which has caused some of its own investors (including the Church of England’s Pensions Board) to reconsider their shareholding in TotalEnergies.

These choices by Western energy investors — to divest their interests in Russia or stay the course — aren’t virtue-signalling, public-relations gestures. Write-downs of this magnitude have direct and immediate financial impacts. Some investors rationalize a “wait and see” approach on the basis that a massive exodus of Western investors from Russia will cause more harm by disrupting European energy supply chains or producing windfalls for other investors in these projects. This way of thinking has the distinct flavour of risk management: we’re not breaking any laws, including sanctions, we’re just weighing the risks.

For the last two decades, many investors have been calling on energy players to focus on environmental sustainability. The attack on Ukraine shifts investor attention to the social and governance implications of operating in Russia. Where is the line in the sand for individual companies? We’re finding out. Can a Western investor “be part of the solution” and remain invested in Russia? For BP, Shell and ExxonMobil, the answer was obvious: No.

Should our expectations — and our level of scrutiny— be different for nuclear power or other forms of renewable energy? Of course not: an environmental halo is not an invisibility cloak or lead apron. Renewables companies don’t get a pass on the “social” and “governance” accountabilities in ESG.