Dishing with DKG: CEO Reg Manhas on the myth of the Alberta-Texas nexus

JANUARY 15 / Donna Kennedy-Glans
HomeBlogsPostsDishing with DKG: CEO Reg Manhas on the myth of the Alberta-Texas nexus 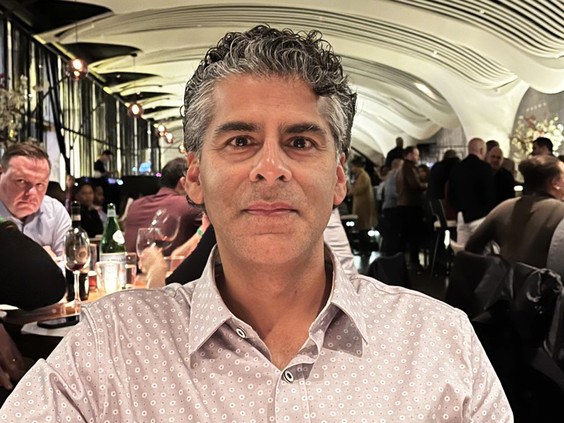 He has no regrets about moving from Alberta to Texas.

A decade ago, just as Canada’s oil patch was starting to get tense, Reg Manhas made a career move — to Texas, where the action is — and he hasn’t looked back. If you want to know what’s going down in the American oil patch, he’s your guy.

When I catch up to Reg, he has just been named CEO of Lapis Energy, a Dallas-based company that connects major carbon emitters with CO2 storage sites. Again, his timing is opportune: Last August, the biggest climate deal ever offered by the U.S. government was signed into law and is set to fast-track carbon capture and storage investment in the Lower 48, Reg predicts.

Reg, 55, hails from the small town of Smithers, B.C., trained as a chemical engineer and then lawyer, was on the frontlines when Calgary’s Talisman Energy was fighting for its corporate life in the oilfields of Sudan and in 2011, was lured to Texas to work for Kosmos Energy, a deepwater oil explorer operating in Africa.

We connect via FaceTime; I’m perched in front of a grainy iPad screen in fog-bound Calgary and he is home for the holidays at his vacation property in Windermere, B.C., together with his wife, their two sons and the family dog.

America’s strategy on carbon is clear, Reg opines: “It’s not a tax, a penalty or a cap; it’s a fiscal incentive.”

Reg and I both know that incentives available to store carbon in Canada are substantially less attractive. That Canada has a price on carbon — and the U.S. technically does not — already creates friction. And now President Joe Biden is pulling out all the stops including bumping up tax credits for carbon capture and storage.

“It won’t take much for CO2 storage to devolve into something akin to subsidy capture,” I grumble.

This idea of permanently storing carbon underground isn’t new: Oil companies have long been injecting CO2 into oil reserves, to make it easier to extract the oil; the Government of Saskatchewan deployed carbon capture at its Boundary Dam Power Station near Estevan, to reduce the carbon footprint of its coal-fired power unit; and in Alberta, the largest oil sands producers are moving forward on a carbon storage hub that’s set to be one of the world’s largest. What has changed are the incentives.

In just the past couple of months, Reg reports, Lapis has been reorganized to double-down on its U.S. business. And he’s psyched for a mad dash forward: “Yes, there are corporate imperatives to reduce carbon, to get to net zero, globally, but where the action is and the deals are being struck is the U.S.”

That leaves Canada dragging behind, once again. Here in Canada, we’re on pins and needles waiting for Natural Resources Minister Jonathan Wilkinson to announce details of the federal government’s “Just Transition” for oil workers.

I’ve lived in Calgary for nearly four decades now — and routinely hear that living in Calgary is as close to being American as a Canadian can get. But I’m not so sure any more. I even wonder aloud if there’s much left to support the myth of Alberta as the Texas of Canada. Reg has lived in both places; I’m interested in his take.

Both places have big trucks, big sky, big oil, and, some shared history. That’s true; most Albertans I know are grateful to the roughnecks from Texas and their bankers who came north with expertise and money when Canadians didn’t understand what they had discovered in Leduc in 1947.

“What about this drive for autonomy — what we describe as sovereignty in Alberta — is it the same aim in Texas and Alberta?” I ask.

“No,” Reg reflects, “it feels like two different things.” And goes on to explain: “The sovereignty issue in Alberta has always been bubbling under the surface, and has to do with perceptions of fairness within Confederation… Texas prides itself on individualism, on being an independent and strong state within the country, but there isn’t the same sense of unfairness.”

“In fact, how can there be any sense of unfairness?” Reg continues. “Texas is an economic powerhouse with 30 million people and a red-hot economy that grew by eight percent last year.”