Demonizing the Oil and Gas Sector is Counter-Productive

As someone who has occupied the hot seat – as a government minister responsible for electricity and as an executive in an oil and gas company – let me assure you that finger-pointing is a colossal waste of energy in a crisis. 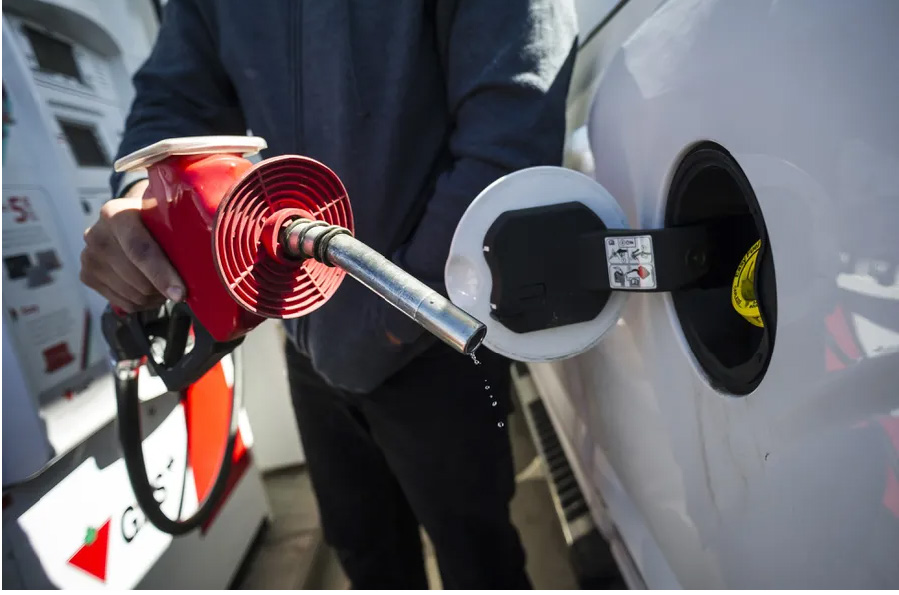 While it’s tempting for nervous politicians to blame the oil industry for out-of-control gasoline prices, it’s a distraction that averts our eyes from what’s really going on.
Christopher Katsarov/The Canadian Press

As someone who has occupied the hot seat – as a government minister responsible for electricity and as an executive in an oil and gas company – let me assure you that finger-pointing is a colossal waste of energy in a crisis. While it’s tempting for nervous politicians to blame the oil industry for out-of-control gasoline prices, it’s a distraction that averts our eyes from what’s really going on.

When times get this tough for people, politicians know they have to be seen to be doing something. In this case, many legislators have taken bold actions that not only protect consumer interests but at the same time punish or blame the hydrocarbon sector for the problem. The U.K. has slammed oil and gas companies with a 25 percent tax on windfall profits, and in the United States, the House of Representatives named Big Oil ripping off consumers as the rationale for passing new price-gouging legislation. Just last week, President Joe Biden scolded Exxon Mobil Corp. for buying back their own stock and pitched the idea of a 1 percent surcharge on corporate share buybacks.

It is possible for politicians to respond to consumer pain at the pumps without demonizing the hydrocarbon sector. In the province of Alberta, where I live, it cost me $125 to fill up my car’s gas tank this week. The province has legislated rebates on fuel tax; a fair approach though still tough for households on fixed incomes. Legislators on both sides of the aisle are paying attention to the risk of price-gouging by individual companies, and to corporate concentration in the sector (including electricity utilities, refineries and other energy infrastructure) to make sure monopolies aren’t amplifying the effects of inflation.

In all of this, Alberta’s politicians have not succumbed to the temptation to do the easiest thing for elected representatives to do – that is, to punish or blame the oil and gas sector.

It’s sensible for governments to beef up consumer protection laws in a crisis, to deter individual companies – the bad actors – who may be tempted to exploit the situation. During the COVID-19 pandemic, governments browbeat businesses that dared to charge unconscionable prices for masks and gloves, disinfectants and even toilet paper. A similar strategy is now being deployed with infant formula.

All good – I’m no apologist for bad corporate behaviour – but demonizing entire sectors in the process is counter-productive. When U.S. Representative Kathy Castor from Florida pitched the Consumer Fuel Price Gouging Prevention Act, she launched with this rationale: “Big Oil companies are ripping off Americans and pocketing record profits for CEOs and shareholders, and not passing savings on to consumers.” These are the same companies that Americans will desperately rely upon if this crisis doesn’t abate.

When Rishi Sunak, the U.K. Chancellor of the Exchequer, announced a 25-per-cent, one-time energy profits levy on oil and gas companies, he didn’t blame the sector for inflation but he did punish corporate investors. “The oil and gas sector is making extraordinary profits not as the result of recent changes to risk-taking or innovation or efficiency but as the result of surging global commodity prices driven in part by Russia’s war,” he rationalized to fellow legislators in the House of Commons.

The message to investors in the sector is clear: “When prices are low, you’re on your own, but when prices are high, we will tax away your profit.” Corporate leaders have muted themselves for now, knowing that the public doesn’t have the energy for this debate.

Politicians have to keep up appearances during a crisis. But this time it’s different, and going through the motions and playing the old blame game is causing serious harm. World “order” has broken with the usual way of going about the business of politics. Diplomacy is failing us. Rapidly rising prices for gasoline at the pumps is an outcome of supply and demand in a marketplace upended by Russia’s war with Ukraine. North American benchmark crude, West Texas Intermediate, is now selling for more than US$100 a barrel and there’s little relief in sight.

All of these interventions by politicians may be moot if the world is in the early gambit of a third world war and our way of life is at risk. In which case, the blamers now finger-pointing will be blamed for not waking up to the clear and present dangers. If the going gets tougher and the worst-case scenario becomes more fact than probability, politicians everywhere will be scrambling to obtain the most reliable, vast and readily available sources of energy. And consumers will just be happy to have gasoline that isn’t rationed.