Should Suncor Bet the Farm on the Oilsands?

MAY 12 / Donna Kennedy-Glans
HomeBlogsPostsShould Suncor Bet the Farm on the Oilsands? 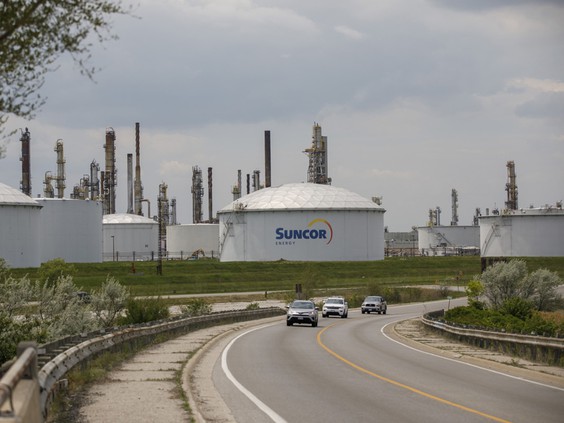 Suncor Energy is one of the biggest players in the Canadian energy sector. Last year, it produced 743,000 barrels of oil per day, about 15 percent of Canadian production. It has squared off against climate-change crusaders and tar sands opponents for decades but now faces an entirely different foe, an activist investor who wants to extract more value from the extraction business. A campaign launched by hedge fund Elliott Management isn’t questioning Suncor’s ambitions as a good corporate citizen, it’s challenging the company’s profitability relative to its peers. (Full disclosure: I was a consultant for Suncor and its predecessor, Petro-Canada, from 2001-2011.)

Suncor takes its role as a leader in environmental stewardship very seriously. It was an early investor in renewable energy and is leading the charge on hydrogen and renewable fuels, aiming to be a net-zero company by 2050. Sounds good but Elliott is recommending a shake-up of both leadership and business as usual at Suncor, attributing the company’s lack of financial competitiveness to its “slow-moving, overly bureaucratic corporate culture.”

Despite its green cred — or maybe because of it — Suncor’s corporate share value has been lagging behind other operators in the same business, most notably, Canadian Natural Resources Inc. (CNRL), Cenovus Energy and Imperial Oil. As Elliott points out, “Suncor’s share price has remained virtually unchanged since early 2019, even as oil prices have climbed to their highest level in almost a decade.” To focus on its core business, the oilsands, Suncor last month announced some asset pruning, including divestiture of wind and solar projects and interests in Norway and the United Kingdom. This “portfolio optimization” strategy makes it very clear Suncor is focused on its crown jewels, the oilsands, which have decades of production life ahead.

Elliott’s campaign is turning up the heat on Suncor leadership to squeeze more profits out of their operations. CNRL sets the industry standard for operational efficiency and fiscal discipline. Although a member of the “Pathway to Net Zero” alliance of oilsands operators, it does not aspire to be the industry leader in sustainability. And its shareholders seem comfortable with the company’s level of compliance with environmental regulations and industry practices. One question the activist campaign directed at Suncor will help answer is: what premium, if any, are shareholders willing to pay for Suncor’s sustainability leadership?

But another big question, one that needs to be placed squarely on the boardroom table, is whether Suncor’s decision to concentrate investment in the oilsands is smart. The oilsands are the third largest proven oil reserve in the world. At a time when Europe is scrambling to backfill sanctioned Russian hydrocarbons and U.S. President Joe Biden is on the hunt for oil reserves to keep world oil prices moderated and inflation at bay, this may seem an odd time to ask whether betting the company’s future on the oilsands is financially prudent. Nevertheless, I’m asking.

Many environmental advocates would like to see the “tar sands” shut-in, immediately and permanently. And Steven Guilbeault, the federal environment minister, is reluctant to approve Suncor’s planned Base Mine expansion because it may conflict with the government’s climate targets. But that’s not my main concern; serious money is being invested to decarbonize production from the oilsands. Domestic carbon politics may eventually resolve itself.

What’s of greater concern is how the pumping of oil from these gigantic reservoirs in northern Alberta may be constrained by American politicians and policy insiders, people who see the reserves as a long-term strategic asset to be held onto, like a security blanket, until needed in a crisis.

This isn’t a conspiracy theory. The energy plan of George W. Bush, drafted by Vice President Dick Cheney in the aftermath of the 9/11 crisis, clearly identified Alberta’s oilsands as a “pillar of sustained North American energy and economic security.” And in the last decade, two American presidents, Barack Obama and Joe Biden, emphatically said “no” to an expansion of the Keystone XL pipeline that would have bumped up oilsands exports to American refineries.

It’s a geopolitical reality that Canadian energy is tightly integrated into continent-wide infrastructure and markets, and most of the barrels pumped out of Alberta’s oil sands are exported to the United States. Investors in Canadian oilsands understand the harsh consequences of restricted oil production. In April 2020, Western Canada Select, the name for the oil that flows from the Canadian oilsands to refineries in the U. S., was valued at less than zero dollars: if oilsands producers could not shut in their own production, they had to pay out of their pockets for shippers to transport the oil.

Elliott is right to lead an activist campaign to force improvements in Suncor’s fiscal discipline and decision-making and to help everyone understand more fully what, if any, premium investors are willing to pay for environmental leadership. But the bigger question that needs asking is whether it’s wise to bet the farm on the oilsands.