Opinion: What global hydrocarbon reordering could mean for Alberta

In times of war, hydrocarbons still hold the power to decide winners and losers. That fact feels like an alternative reality, entirely out of synch with zealous climate change advocacy and aspirational corporate promises to get to net-zero emissions by 2030 or 2040. 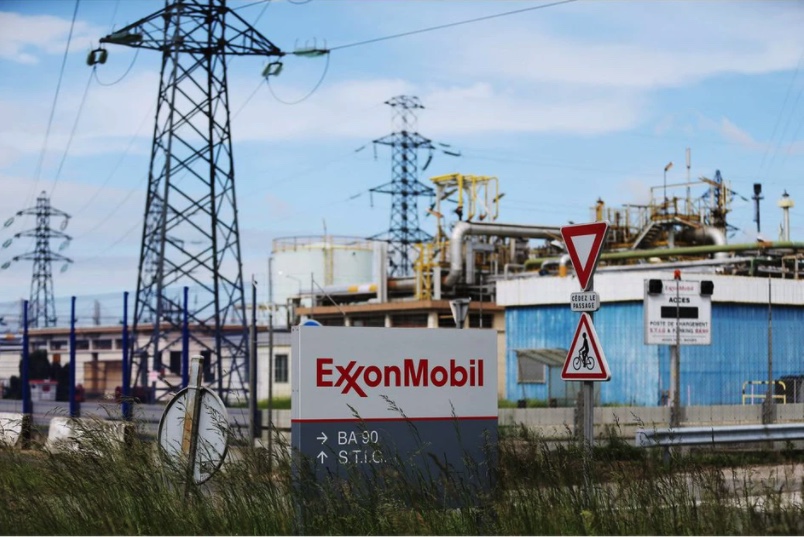 In this file photo taken on May 23, 2016, a picture taken in Notre-Dame-de-Gravenchon, northwestern France shows the ExxonMobil refinery. U.S. oil giant ExxonMobil announced Tuesday that it will begin a phased withdrawal from the major oil field it operates in Russia on behalf of a consortium including Russian, Indian and Japanese companies, citing Moscow's invasion of Ukraine. PHOTO BY CHARLY TRIBALLEAU /AFP via Getty Images

In Alberta, where oil companies who couldn’t shut-in production were paying shippers and refiners to take their oil at the beginning of the COVID-19 pandemic, there is now a push by Premier Jason Kenney to get pipelines built. “Now if Canada really wants to help defang Putin, then let’s get some pipelines built!” tweets Kenney, enthusiastically. Memes on social media posted by the Oil Sands Action folks decry Canada’s importation of nearly $13.1 billion worth of Russian oil between 2001 and 2021.

It all has an uncomfortable feeling. Objectively true, yet terribly self-interested and opportunistic. With oil prices rising to well over US$100 per barrel and natural gas prices strong, Alberta’s politicians have for the first time in over a decade been able to present a balanced budget for 2022. It’s not Albertans’ fault that there is a war going on in Europe; in fact, people in our province, thousands with close family ties to Ukraine, are devastated by Russia’s aggression. And yet, it feels awkward to have our province’s fortunes tied, once again, to the misfortune of others. And there is that niggling question: Haven’t we left this boom-and-bust economy behind?

Those of us old enough to recall U.S. President George W. Bush’s toppling of the regime of Saddam Hussein in Iraq understand the role of hydrocarbons in war. When nations need energy, there are many things leaders will do, and not do, to assure access to those resources. Putin’s gambit in Ukraine was predicated on the belief that Europe’s reliance on Russia’s natural gas and oil would constrain NATO’s response. In particular, Russian President Vladimir Putin predicted that EU solidarity would be undermined by Germany’s and France’s dependence on Russian hydrocarbons to fuel their industrial base and keep homes warm this winter.

Oil and natural gas assets across the globe are in a state of great upheaval. Major energy players — BP, Shell, Equinor — are pulling up stakes in Russia. America is collaborating with other countries on a co-ordinated release of oil from global strategic crude reserves. Alberta’s energy players, corporate and government, are raising their hands as willing participants in this global hydrocarbon reordering.

While everyone is looking East, to Europe, it’s prudent to pay attention to what is unfolding in less obvious places. In the Arctic, for example, melting sea ice has made oil and natural gas reserves and rare earth materials accessible for the first time in history. In spite of sanctions, Russia has advanced a $27-billion LNG project in the Arctic (with Chinese and French investors) and has built up its shipbuilding capacity (including icebreaker LNG ships). And there was Putin’s handshake with President Xi Jinping of China during the opening ceremonies of the Beijing Olympics; the photo-op that signalled, among other things, their shared aim to develop a permanent Northeast Passage portal through the Arctic for goods and services and commodities.

With hydrocarbon resources in a state of flux and Xi and Putin laying claims to the Eastern-facing Arctic, it should surprise no one that regaining Arctic dominance is high on the agenda of the American military. What this will mean for Canada, and for Albertans, remains to be seen. But we know that when Americans decide they require security — energy or otherwise — they are capable of swift action. During the Second World War, the Americans had no qualms stationing formidable numbers of its military in Canada to punch a road through the wilderness to Alaska, using Edmonton as its staging ground to build the Alaska Highway.

Happy days could be here, again, in Alberta.